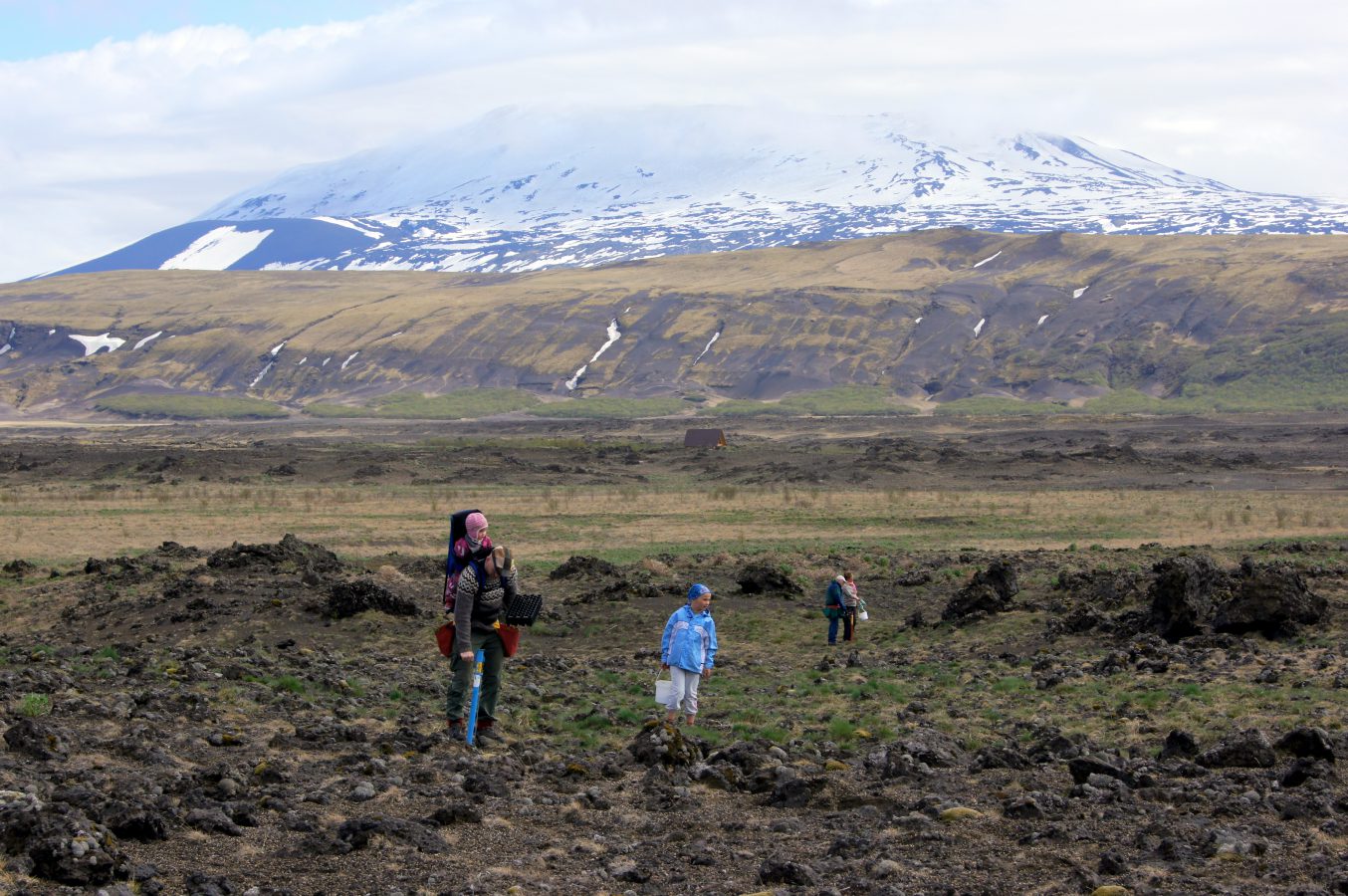 Mount Hekla is perhaps one of Iceland’s most famous volcanoes. It has been called the “Gateway to Hell” because of its lava flows and towering lava fountains. Hekla’s eruptions were said to have looked like the Earth had opened up and hell was exposed—an accurate description given the damage that took place. Indeed, major losses of livestock and mass death of lake fish has been reported after Hekla eruptions in the past.

The lowlands surrounding Mt. Hekla were mostly covered with birch woodlands at the time of the human settlement around 1100 years ago. Downy birch, Betula pubescens, the only native tree species in Iceland capable of forming forests, dominated these woodlands. Since the settlement, the woodlands surrounding Mt. Hekla have almost entirely been lost and the landscape has undertaken huge environmental changes due to unsustainable land use.

With the deterioration and loss of the woodlands, the resilience of the land to tephra deposition following eruptions was reduced. The birch woodlands can capture tephra, and in their shelter, leftover ash from volcanic eruptions is not blown around and settles more quickly. Shorter vegetation is not as effective in capturing tephra, and the root systems of weakened vegetation do not provide as much cohesion to the soil. The loss of the woodlands thus initiated land degradation that led to massive ecosystem destruction.

Located in the South Iceland active seismic volcanic zone, Mt. Hekla’s vigorous and frequent eruptions have influenced both the ecosystem and the people living in the area surrounding the volcano. Historical records from before the human settlement in Iceland show that despite volcanic eruptions and harsh environmental conditions, woodlands thrived in the area and covered most of the lowlands up to 400 – 500 m above sea level.

For the settlers, the birch woodlands were an important resource as they provided wood for buildings, firewood and charcoal making, and were used for whole year grazing. In the decades after settlement, woodlands were also cleared and burned to make space for farmlands and grazing. The extensive human use of the woodlands, combined with a cooling climate in the Middle Ages and volcanism, eventually led to their decline and disappearance so only 1% of the land area was covered with mostly low shrub of birch.

Once the woodlands declined and the vegetation weakened,the volcanic soils of this area, called Andosols, were easily blown or washed away. The extensive loss of vegetation therefore resulted in massive soil loss. The remaining soils have lost most of their finer materials, their organic matter and clays, which are important for water and nutrient cycles of the ecosystem. The soils are thus no longer able to hold water or nutrients and have lost their fertility. The loss of the birch woodlands around Mt. Hekla therefore ultimately left the land more vulnerable to soil erosion and currently most of the area is characterized as severely degraded.

In southern Iceland, the team of the Hekluskógar (meaning “Hekla woodlands”) project works to transition the vast area of barren desertified land around Mt. Hekla to a more resilient and healthy woodland ecosystem. The Hekluskógar project, a mainly government-funded restoration project, works here on a long-term vision to bring back the natural woodland ecosystem. The main restoration strategy of the project is to plant tree “islands” or clusters of native birch. The islands then act as seed sources for further re-colonization of the area, a cost-effective way of undertaking restoration of such a large-scale. This is an ambitious restoration project that will in the long-run bring many and diverse benefits to the local community and provide ecosystem services to the people in the area and beyond

The Hekluskógar project aims to restore the natural vegetation on approximately 100,000 hectares by planting native birch into woodland clusters, that serve as seed sources for further colonization of the area.

The Hekluskógar restoration project focuses on restoring the natural zone. This will eventually bring opportunities for new activities in the economic and combined zones when the fertility of the land improves, and new options arise with the revived natural capital. 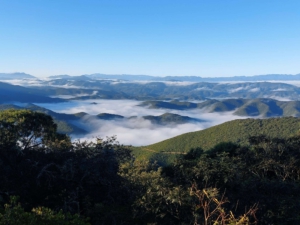 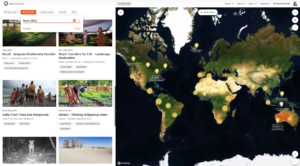 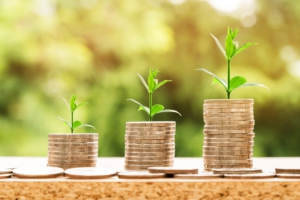 4 weeks, in total 17 hours to complete 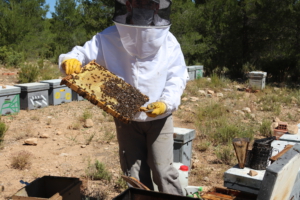 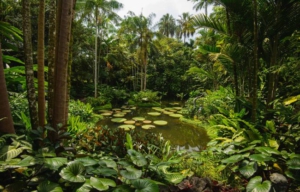