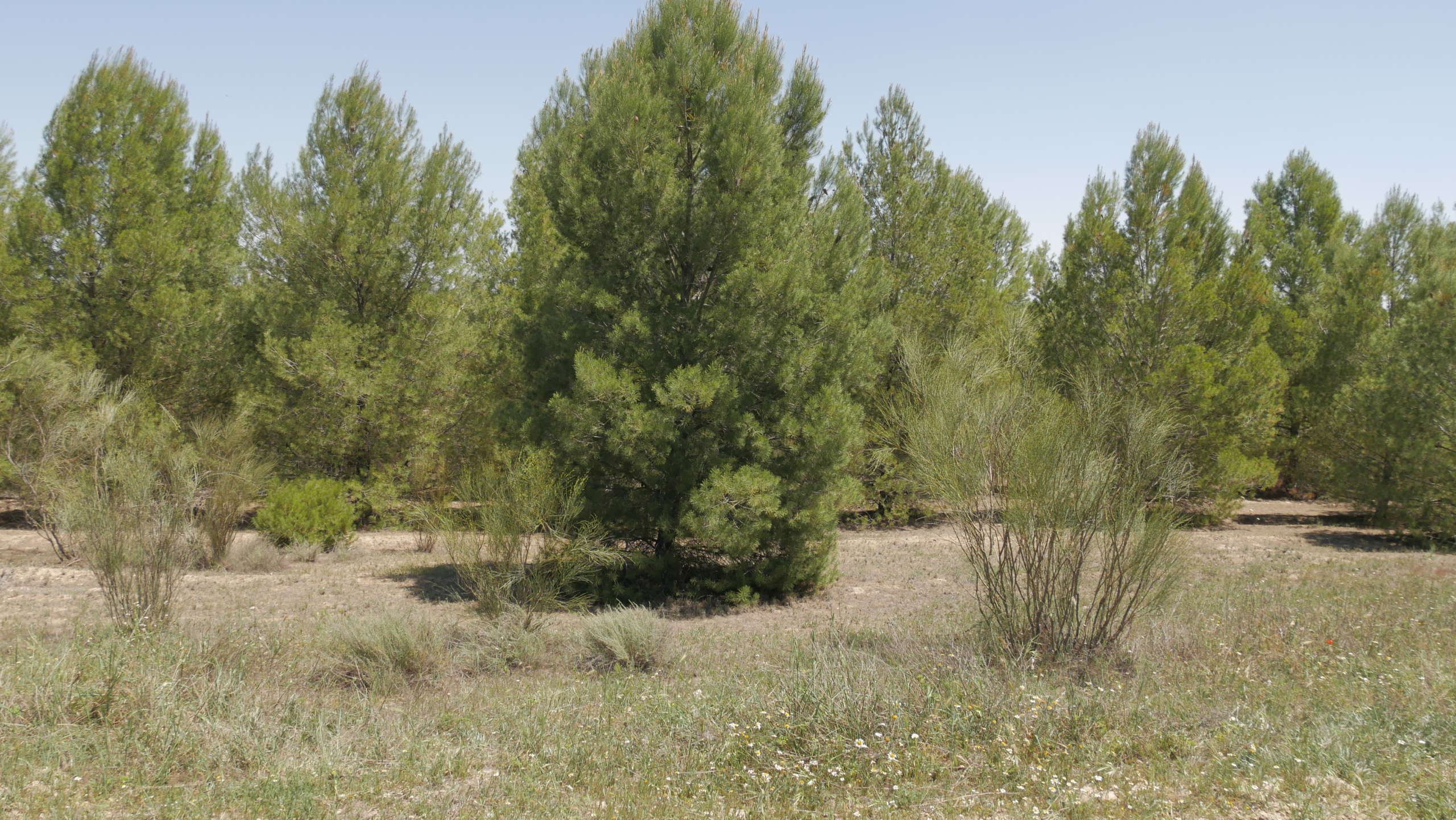 Cutting down trees for ecosystem restoration

Like much of the Mediterranean region, the Altiplano in southern Spain is a semi-arid landscape. And like much of Europe, the landscape has been inflicted by large-scale pine planting efforts over the last century.

Aleppo pine (pinus halepensis) was planted across the Altiplano in vast quantities during the 19th and 20th century for timber production. The planting systems were designed with the idea that planting as many trees as possible leads to more benefits. Pine trees were still planted at a density as high as 1500 trees/ha up until the 1990s. However, the timber harvested from Aleppo pine is inferior when compared to American (pinus strobus) or Austrian pine (pinus negra), making it insignificant for wood production. 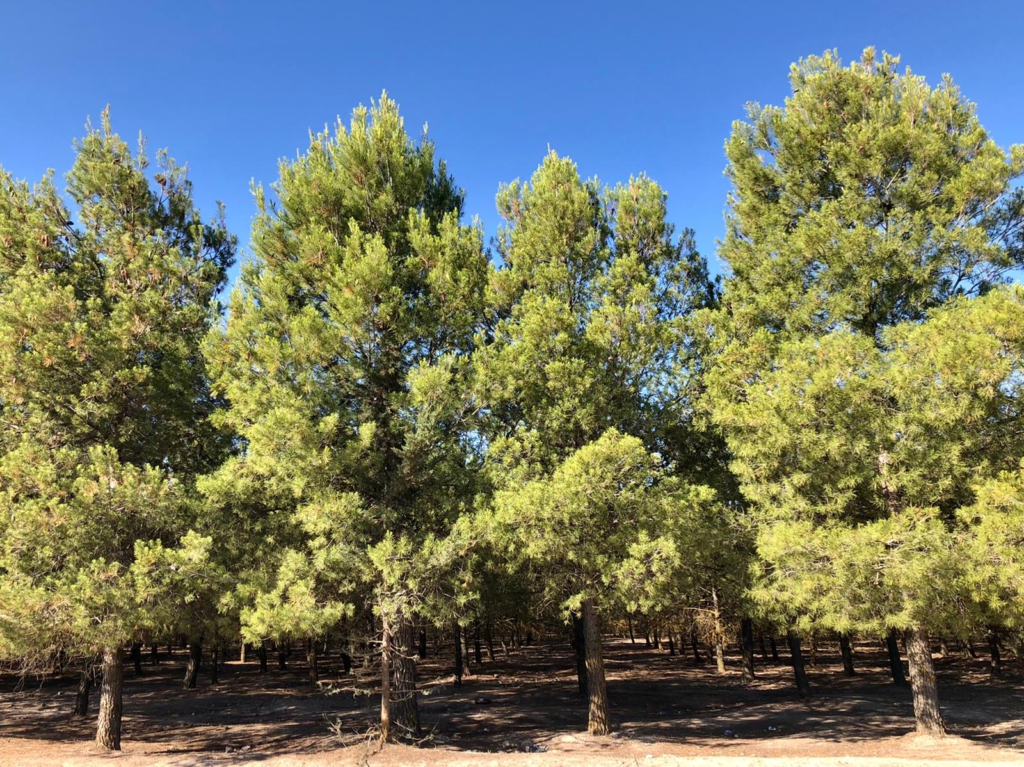 A pine tree plantation in the AlVelAl territory

Today, the history of pine plantations in the Altiplano creates challenges in a region already facing degradation and threat of desertification. According to Fernando Bautista Expósito, an ecologist working with AlVelAl, “in semi-arid areas this type of planting is a disadvantage when you work towards improving ecosystems and increasing the absorption of greenhouse gases”.

Planted closely together, the pine trees create a canopy of horizontal continuity as the trees outcompete each other for sunlight, nutrients and water. When such a forest mass evolves, the lower branches start dying off – no longer absorbing carbon dioxide – while the competition for nutrients remains the same. 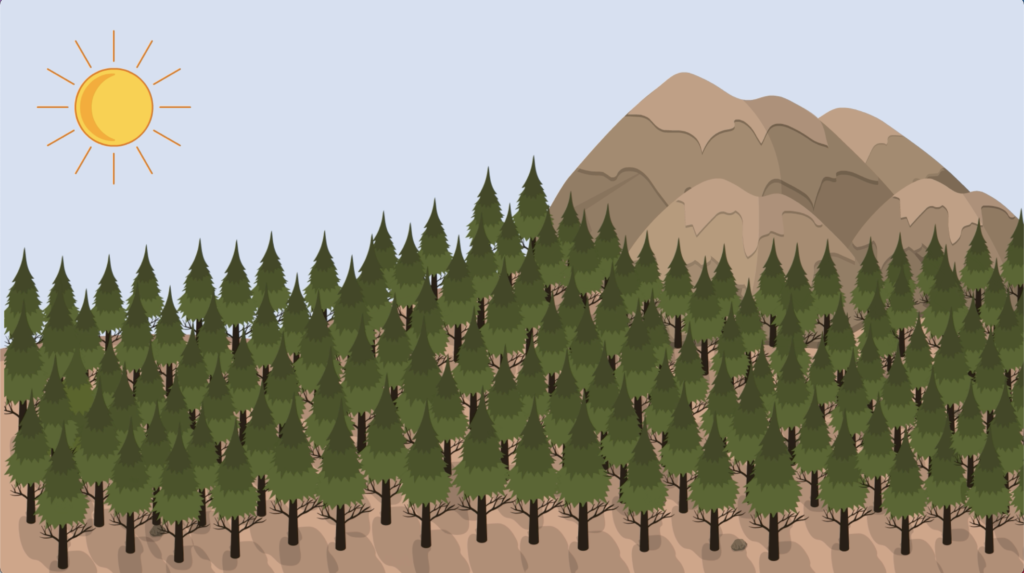 As pine tree plantations mature, the lower branches begin to die off. This reduces the capacity to absorb Co2 and increases fire risk.

Pine trees are anemophilous: they are pollinated by wind. So, few birds or insects are attracted to them. When an area is covered by a mass of pines, other trees, shrubs and bushes that grow in the region are swamped out and die before a monoculture and silent “forest” is established. This offers little to no habitat for native biodiversity and large artificial forest masses increases the chance of forest fires in semi-arid regions.

Pine tree plantations can be used effectively in a landscape restoration strategy. Fernando advocates for cutting down sick and unhealthy pine trees and using them to restore natural forests. He suggests that “extracted trees should be chipped and incorporated as organic matter in the soil.” Such an action “would increase the potential absorption of rainwater in the soil and the reduction of erosive processes while giving food for the microorganisms in the soil.” 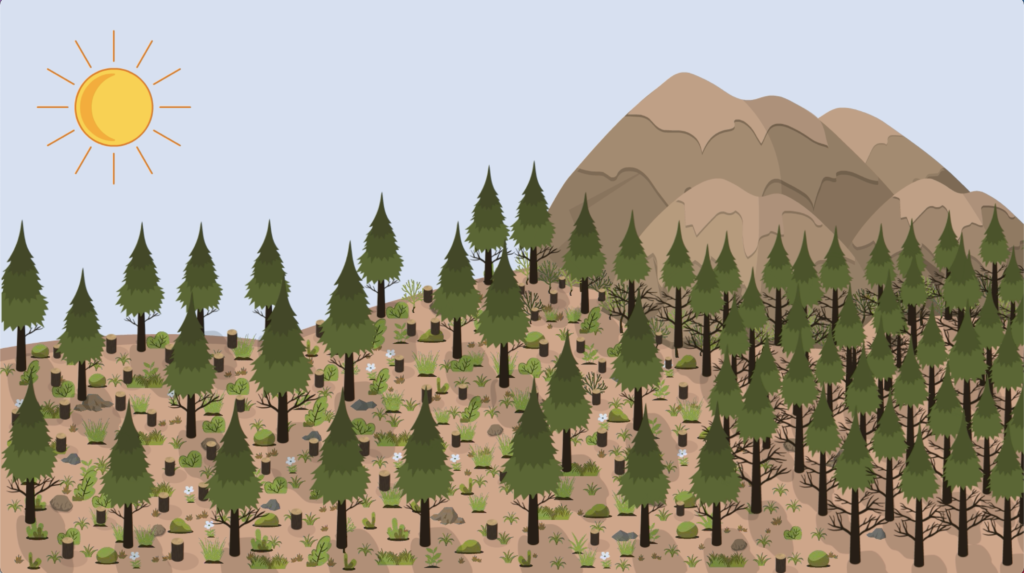 The pine trees that remain will increase the size of their canopies, becoming healthier trees. Small trees and bushes – their seed banks in the soil – will naturally start growing and attracting biodiversity, ensuring that a whole host of animals and insects can live in the area.

Next to this, applying hydrological correction actions – like ponds, water catchment, check dams – will increase the amount of water that the soil can absorb. This is especially necessary in areas where torrential rain cause erosive processes.

This kind of intervention would make the best use of existing pine plantations while ensuring the enhancement of ecosystems in the region and laying the foundation for restoration in natural areas.

According to Fernando, “the ideal situation is to increase the canopy size of the trees that remain, to increase the area that is covered by bushes and grasses and to increase biodiversity while reducing fire risk in the region.” 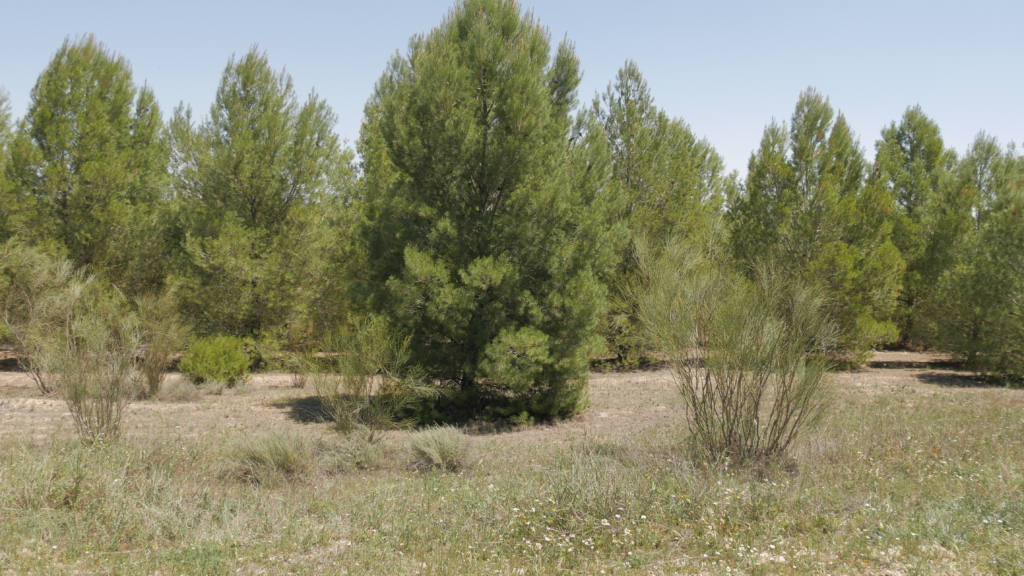 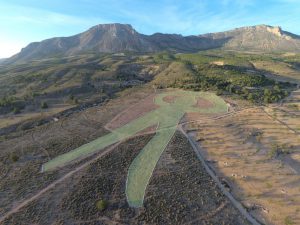