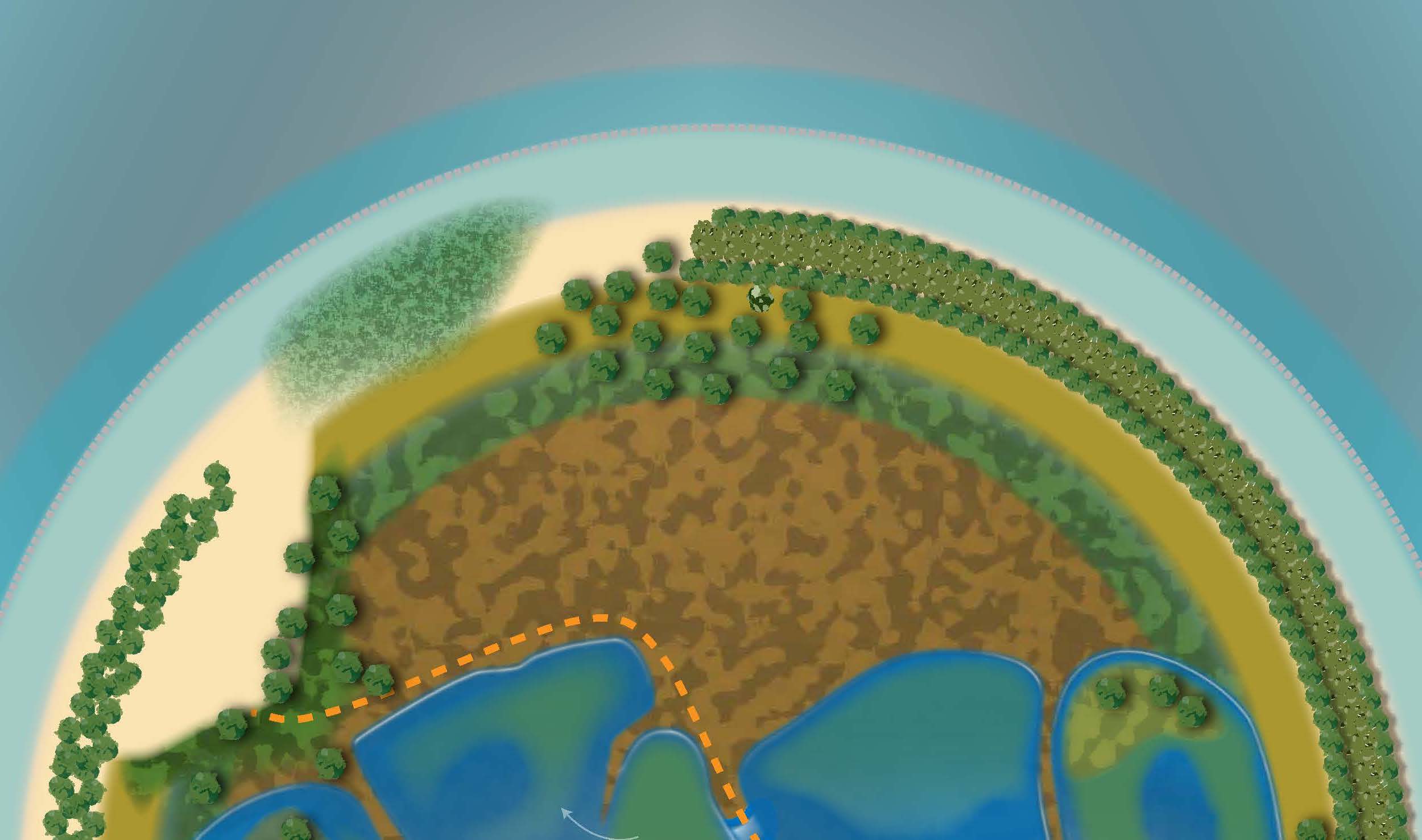 The SZCZECIN estuary is within an inland waterway for large shipping vessels through Central Poland, where dredging of the channel is required for the safe passage of the ships. Dredged material is valuable for building new habitats in the shallow areas along the waterway. United Designers International was approached by the Dutch Holistic engineering company ‘The Weather makers’ to conceptualize these potential ecological havens.

The modernisation of the Swinoujscie – Szczecin fairways creates an opportunity to mitigate the damaging effects on shoreline habitat and marine life due to larger shipping vessels and increased traffic. Especially considering seaport shipping in Poland grew more than 30% between 2013 to 2019. Thousands of ships cross this way each year requiring continuous maintenance of the channel. Moving all the dredged material onshore has been an ecological challenge for decades and a source of long-term contamination.

As each channel is dredged deeper for larger vessels, the depths collect silt and slow debris from flowing out the channels. In one sense deep channels filter out particles from the water headed to the ocean, however, the silt is laden with sewage from shoreline treatment plants, organic material, and contaminants. Once dredged, the anaerobic materials release a significant and unpleasant aroma and need to be disposed of where they can decompose and drain out. Storing dredged materials on land remains at best controversial, and they become unavailable for further use as the materials are stockpiled. Offshore use allows for increased access for deposits, handling, and reduces transportation costs.

By using the dredged materials as a base for the islands, the soils can be regenerated by vegetation and eventually wildlife. Many times, we are trying to restore ecological systems that have been damaged by past activities. In this case, however, we are creating new habitat and a new island ecosystem that is far away from human activity. The islands will create nesting and habitat for threatened marine life as well as migrating birds that cross this waterway. Interior ponds and wetlands collect rainwater, flushing out the salts and eventually creating fresh-water basins. Acting as a wind and water break, currents deposit soil and silt on the Leeward side of the island. Shallows are constantly created with this deposition. Sea and shoreline grasses will expand and create new habitats while also stabilizing the shifting and shallow estuary floor.

Challenges in this project are the cultural practices of an industry and also the political will to make a change. “Proven” practices have not changed for decades. Although these practices have become extremely efficient with improved engineering and technology, they are not sufficient to create a lasting solution while also damaging the local ecosystem. The inception of estuary islands has benefits that work politically, for industry, for commerce, and for the environment. The islands are a sediment storage and reduce the transportation costs of dredging the waterway. Dredging material is concentrated into the islands where soil organisms and plants can gradually break down the contaminants to inert substances.

The layered materials of the island habitats will gradually build up plant and animal species stabilizing the material into a benefit for the estuary and the environment. Politically, the island is a solution to conflicting interests with environmentalists, marine biology, and the stability of an important transportation resource for the country.

In developing the island spaces, United Designers worked to include as many marine shorelines and wetland habitat spaces as possible. From the shoreline to the deep interior of the island, each space would have a habitat for a myriad of species. Shoreline species have direct connections to the interior of the island. The sand of the shores is stabilized by grasses and also breaks water bunds to reduce erosion. Shorebirds and interior land birds have nesting spaces. Migrating birds have places to rest, stop, and feed. Eventually, large trees establish a rookery for aquatic birds. In time the eggs of amphibians are deposited on the island by the feet of ducks and geese. A complete freshwater ecosystem self organizes and emerges on the island.

An additional island was added to the project design as a base for the construction of the other islands. This island is 1.7 km wide and includes three large deposition harbors for processing dredging materials and an open lagoon for added habitat and manoeuvring large equipment. The designs were left in the hands of the Polish government and their departments in 2019 and we hope to see these pearls emerge in the lake in the near future. 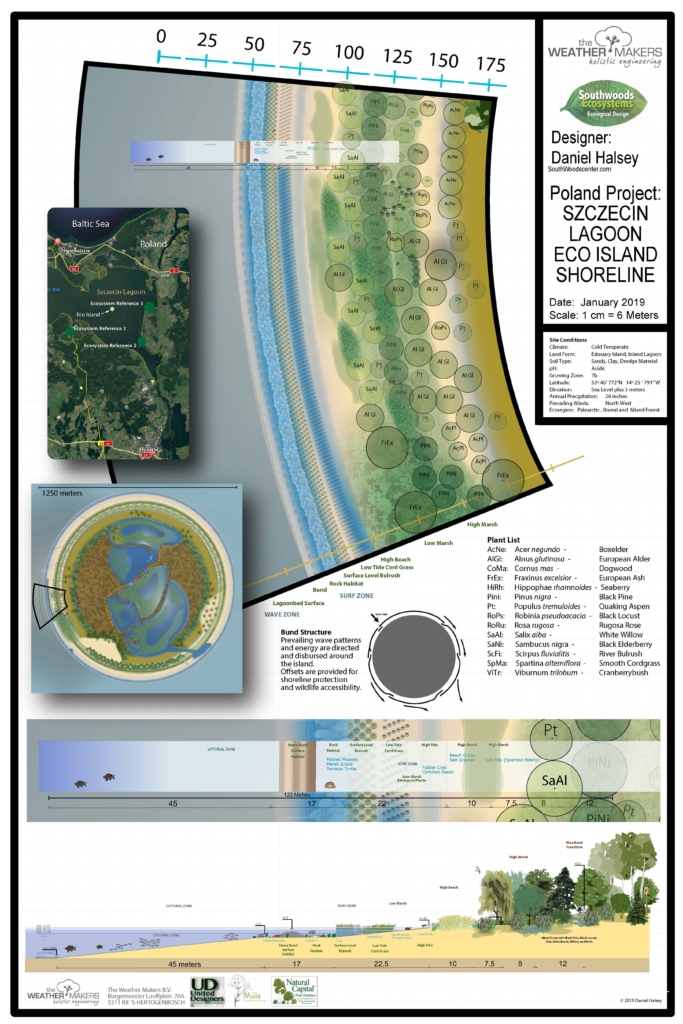 1564 members are now active on 4returns.earth, connecting, sharing their field experiences, and creating new opportunities and initiatives together. 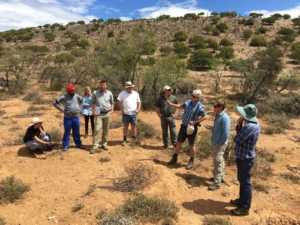 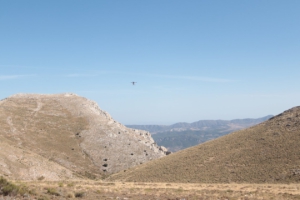 Using Permaculture to Design for Resilience and Regeneration 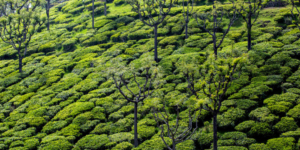 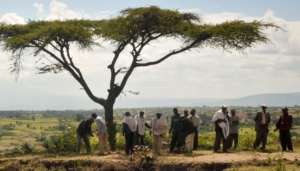 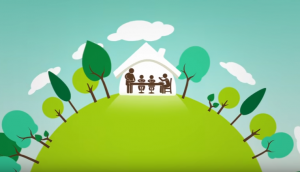 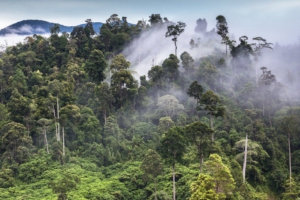