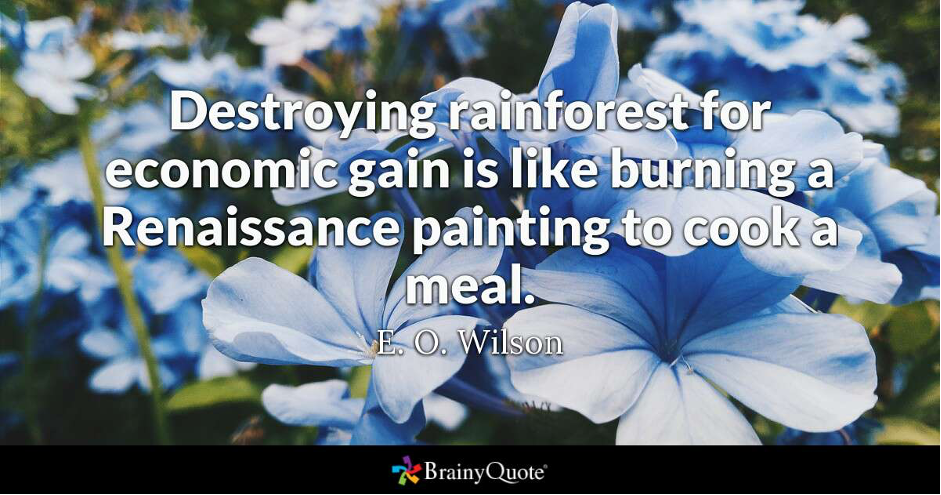 The futures of humanity and the Amazon forest are linked

Mid-August I returned from the eastern Amazon in the state of Maranhão in Brazil where I connected Eden Projects, the largest reforestation NGO in the world to the Guajajara people on their 413.000 hectare Araribóia Indigenous Territory with the intention to start the largest reforestation project yet in the Amazon area. I purposely went by bus and car back to the state of Bahia, where I am doing a small private reforestation project myself. Why? Because I wanted to see how the landscape and vegetation changed on this 2300 km journey from the capital of the state of Maranhão, Sao Luis from the edge of the tropical rainforest through the vast savanna areas of the Cerrado, with its enormous ranges of plant and animal biodiversity. More than halfway we entered the Caatinga, a dry semi-desert area full of thorny shrubs and cacti that greens up during the yearly short rainy season for a while. From here again the vegetation changed into the now largely removed coastal rainforest area, a biome known as the Mata Atlantica or Atlantic Forest.

Travelling through the most biodiverse biomes of Brazil meant having passed through areas that hold maybe as much as a fifth of all species of plants, trees, birds and animals. But a lot of the abundant nature has been removed in recent decades to make way for the monoculture food production directly or indirectly delivering meat to Brazil and the world. The fragmentation of nature, together with hunting has led to a steep decline of many species, but maybe the most dangerous effect of all is how it is changing the climate over these vast areas.

The central problem caused by local deforestation and global warming is the faltering of the great biotic pump that irrigates the Amazon and Cerrado, onto areas as far south as Argentina and as far north as the US. It is likely that the droughts from California and Middle America, all the way to Southern Brazil and Paraguay are in large parts caused by the removal of over a million km2 of Amazon and Cerrado forests. And this process of savannisation or even desertification is self-amplifying and will soon accelerate and become unstoppable. The yearly dry season in central Maranhão has grown to almost six months now, two months too long for the rainforest to exist.

While observing the land, the changing vegetation and the skies overhead on the journey something dawned on me. I had been looking at solutions to avert the drying out and die-back of the Amazon Forest for over two years and the task looked too daunting with the destruction going on on all edges, cheered on by an incredibly ignorant and anti-scientific central government. 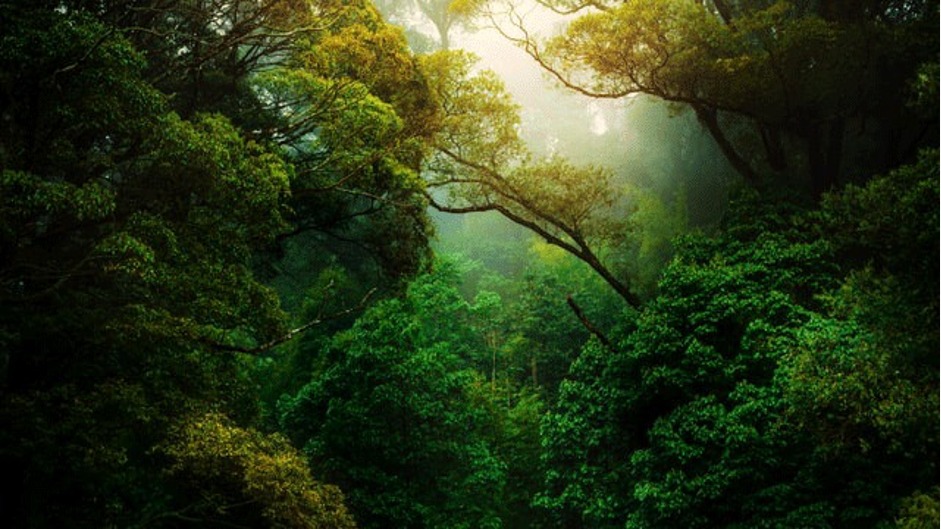 A Great Green Wall to protect the Amazon rainforest

Forests trigger clouds to rain as we all know. They interact with the overhead skies in what we call a biotic pump, which was faltering over large parts of the Eastern and Southern Amazon, causing the rainforests to dry out, increasing tree mortality. So I thought that in order to get the biotic pump working better again, we needed to reforest at scale near the Atlantic coast. I told this to Professor Antonio Nobre, brother of IPCC Nobel prize winner Carlos Nobre and one of the world’s experts on the interaction between forests and weather and the so-called flying rivers, and he replied in a simple chat on Messenger:

”The right way to reinstate the biotic pump [of the Amazon Forest] would be creating a large wall going from Maranhão to Belem, East to West, with at least 100 km width. And then, every year restoring more forest towards the South edge of this wall, slowly inviting the Atlantic-Amazon conveyor belt to push moisture farther and farther inland.”

In short, he gave me the recipe for regeneration of the Amazon Forest in one sentence on Messenger!

But how to do that in this crazily complex environment where almost all levers go in the direction of destruction except for the Indigenous peoples, who are fiercely fighting for conservation? We would need to find the levers to regreen an area nearly the size and shape of Portugal, where much – but not all – forest has been cut down. And I think we need to do a large part this decade to stop the die-back, before it becomes irreversible.

Watch this video to learn more about how forests create rain.

Like the world, the Amazon Forest, a planetary organ that plays a vital role in the carbon, hydro and oxygen cycles of the Earth’s metabolism, is fast losing its capacity to sustain itself. The Forest has now been so far destroyed that the weather system it creates to keep itself irrigated, is faltering. This self-reinforcing feedback loop will become a run-away freight train of mega-droughts and mega-fires in the decades to come if we do not stop the die-back.

The consequences of that will be horrendous:

All of this is happening because of lack of vision and intelligence. The one-time profits of selling the wood and creating low yielding meat, corn and soybean production have been described by E.O. Wilson as ‘’burning a renaissance painting to cook a meal’’.

The global financial system is part and parcel of the destruction in this area. Cash crops that need an annual credit cycle and create short term profits work well with its business model, while creating a far more intelligent model of carefully creating a bioeconomy releasing more and more high value products over a period of a decade or even two, is well beyond the mindset of the accountants and all but the most imaginative investors.

Why saving the Amazon rainforest will open new futures for humanity

In an excellent article in the New York Times in October 2020, professors Carlos Nobre and Bruno Carvalho explain the situation in the Amazon must better than I can. They sketch how a more intelligent bioeconomy based on the living forest can not only elevate the economic wellbeing of the 35 million people living in the area, it holds a much larger promise. Studying the properties of nature with modern technology will lead to huge discoveries of the biological assets hidden in the vast biodiversity of the Amazon. This new level bioeconomy, called biomimetics or the intentional application by humans of nature’s intelligent, based on biomimicry, the study of nature’s design, can help solve the majority of humanity’s problems in energy, water, food, materials, healthcare, and transport in a rapidly changing climate.

Just to mention a few recent examples; the study  of antimicrobial peptides in the skin secretions of rainforest frogs have led to new avenues for antibiotics against multi drug resistant bacteria. Or the natural concrete termites produce with help of their saliva. Or the discovery of self-healing materials which we accept as the most normal thing when thinking about our own bodies, but not in what we produce, yet.

In this beautiful video  professor Janine Benyus gives marvellous examples of how nature can help us solve these problems. Breakthrough technologies based on unveiling nature’s secrets, will create new economic possibilities larger than those of the internet! Projects like the Earth BioGenome Project are already preparing for this amazing future, opening vistas of a sustainable economic revolution based on the intelligence embedded in nature’s 3,8 billion years of learning.

But we need not look that far ahead to see that averting the die-back of the Amazon rainforest is absolutely necessary if we want to have a future. We can slow down climate change through large scale regreening of the area. Protecting and regenerating tens of millions of hectares of forest would bring back the rains and draw down significant amounts of atmospheric carbon. This regeneration process should not apply just to old growth forests, but also to re-emerging secondary forest, by applying Assisted Natural Regeneration or investing in forms of agroforestry; producing food and other products in mixed species production forests.

Recent examples of nature protection with carbon credits and tokenization of nature protection, like Earthbanc, Single Earth or Moss will certainly be part of the tapestry of solution, almost as rich and diverse as the great forest they want to protect. 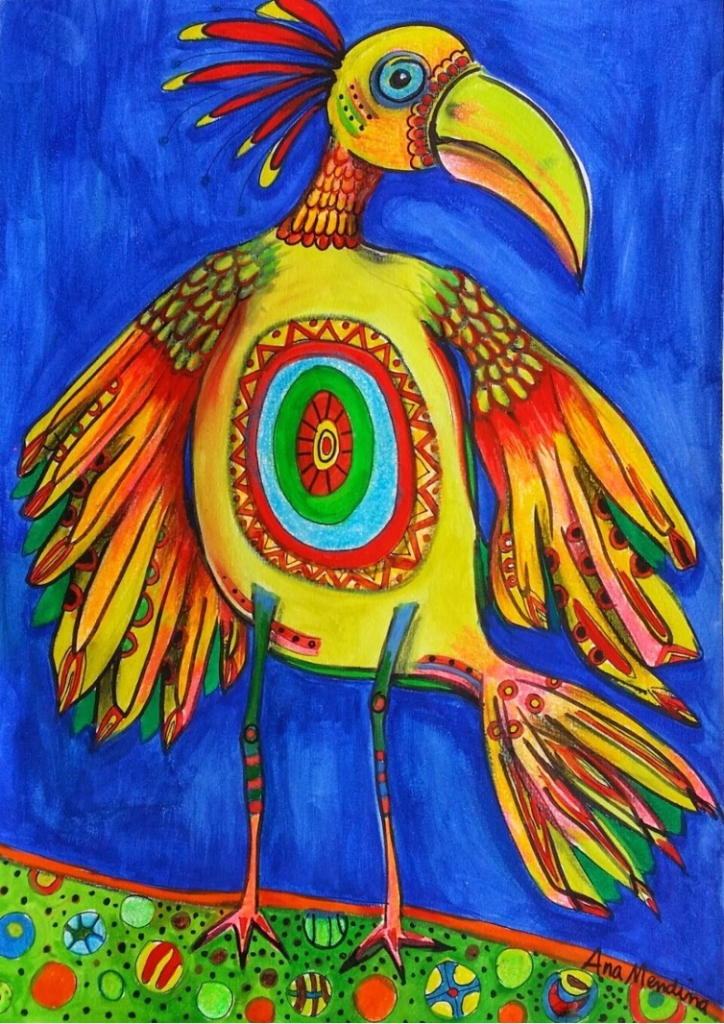 @ Ana Mendina  the Hekura, the healing bird and the world spirit in Yanomami language

A top priority for humanity

All in all, it is high time humanity puts its money where its mouth is and pays for the preservation of this vital biome, starting with a huge but feasible erection of the Great Green Wall with concerned people from all over the world paying hundreds of thousands of local people to protect and reforest these lands, making sure that ‘’money does grow on trees’’. We should embrace the forest with the largest ever global campaign, with the climate youth movement pushing the adults to adopt these lands and pay for their protection and regeneration.

This ancient forest, with its colourful birds, mysterious animals and Indigenous peoples all hold natural attraction for us. This vital organ of the planet, which emerged 60 million years ago, after the last mass extinction that wiped out the dinosaurs, is our guide to a more sustainable future, our trail through a messy and dangerous time of deep transformation.

5 Basic ingredients for Return of Inspiration in landscape restoration 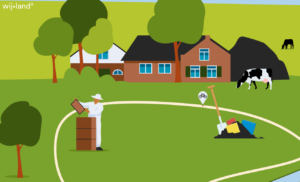 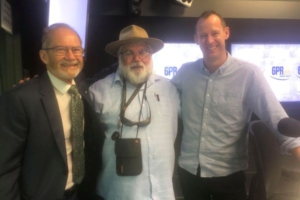 A passionate plea to help save Perth’s ancient waterways 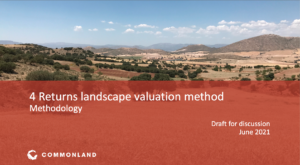 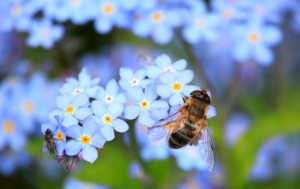 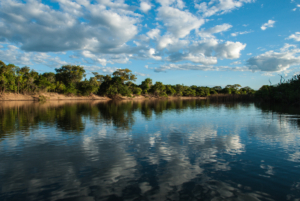 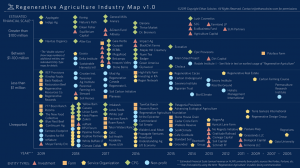 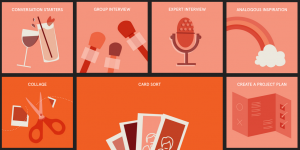